Throughout the convention, major speakers mostly spoke in generalities or offered subjective opinions — and when they did make assertions of fact, they have largely been accurate.
Here is a look at some of the facts we did check from Thursday night.
Unemployment
Read More
In accepting the Democratic nomination for president, Joe Biden tore into the current officeholder, asking Americans to judge President Donald Trump on the facts.
Among them: “More than 50 million people have filed for unemployment this year,” Biden said.
Facts First: Biden actually underplayed how many Americans have filed for first-time unemployment claims.
More than 57 million people have filed initial jobless claims since March 21, when the coronavirus pandemic prompted state officials to require people to stay at home and non-essential businesses to close, leading a record number of Americans to apply for benefits.
Another 15 million people have applied under the temporary pandemic unemployment assistance program, which Congress created as part of its $2 trillion coronavirus relief package in late March. It broadens the nation’s unemployment program to those who don’t typically qualify, including freelancers, gig workers, the self-employed and independent contractors. It also is open to certain people who lost their jobs because of the coronavirus, including those who have to stay at home because their children’s schools have closed.
That doesn’t equate with the number of people who are unemployed or receiving benefits, however. Some laid-off workers likely applied more than one time and others may have had their claims rejected because they didn’t meet the qualifications.
About 28 million people were receiving unemployment benefits as of August 1, according to the most recent Department of Labor data.
Just over 16 million Americans were unemployed in July, according to the Bureau of Labor Statistics.
Small businesses
During his speech, Biden claimed that nearly 17% of small businesses have closed this year.
Facts First: That number could be right, but we don’t know if those closures are permanent.
There’s little real-time data on small business closures because they don’t often file for bankruptcy when they shut their doors. State and city lockdown orders forced many small businesses to close for weeks if not months this year. Even some of those owners who have reopened may not know if they can remain afloat as they struggle to get customers back and the pandemic lingers on. 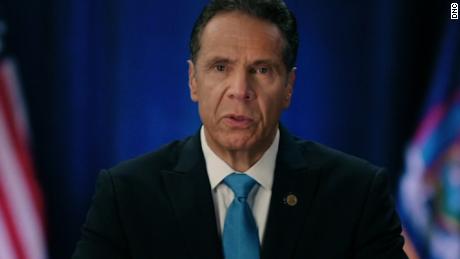 Fact-checking the first two nights of the Democratic convention
Research by a Harvard University-based team, called Opportunity Insights, found that the number of small businesses operating as of August 7 was down 19.5% compared to January. A separate survey of small businesses conducted by the US Chamber of Commerce in mid-July found that 12% of owners said their business is temporarily closed and another 1% said they were permanently closed, and 1% said they didn’t know.
A Biden campaign spokesman, Michael Gwin, told CNN that it took the average of the two studies

New Jersey Sen. Cory Booker slammed Trump for praising the economy at a time when the pandemic has upended many Americans’ lives.
“Last week, Donald Trump said, and I quote: ‘Our economy is doing good,’ while 40 million Americans are at risk of losing their homes, 30 million aren’t getting enough to eat and 5.4 million people have lost their health care because of this crisis,” Booker said Thursday night.
Facts First: Booker’s numbers on food security and housing are correct, according to the Census Bureau. His figure on the number of people who have lost their health care is based on an estimate. And while millions of people have likely lost their health coverage, it’s not yet known exactly how many have been left uninsured.
Some 44.7 million adults missed last month’s rent or mortgage payment or have slight or no confidence that their household can pay next month’s rent of mortgage on time, according to the most recent Census Household Pulse Survey, taken between July 16 and July 21. That’s 26.5% of American adults.
Likewise, 29.3 million adults — or 12.1% — were in households where there was either sometimes or often not enough to eat in the last seven days, the Census survey found.
As for 5.4 million Americans losing health insurance amid the coronavirus pandemic, that figure comes from a Families USA report released in mid-July. The left-leaning advocacy group estimates how many laid-off workers lost their job-based coverage. But official data has yet to be released, and some other health care experts said the Families USA report is based on rough projections.

During his speech, Michael Bloomberg made three economic claims, contrasting the administrations of Donald Trump and Barack Obama.
“Biden and Obama created more jobs over their last three years than the Trump administration did over their first three,” Bloomberg said, later adding that “Biden helped save one million auto industry jobs, Trump has lost 250,000 manufacturing jobs.”
Facts First: Bloomberg is right about all three claims, though the manufacturing job loss came in the wake of the coronavirus pandemic.
As CNN has reported, during Obama’s last three years 8.1 million jobs were added to the US economy, which is 23% more than the 6.6 million jobs added in Trump’s first three years.
And according to a study from The Center for Automotive Research, the auto bailout in 2009 saved 1.5 million jobs.
While Bloomberg’s characterization of manufacturing job loss was roughly accurate, it relies heavily on the impact of the coronavirus. Between January 2017, when Trump was sworn in as President, and July 2020, manufacturing jobs have decreased by 257,000, according to the latest data from the Bureau of Labor Statistics.
Before the coronavirus pandemic hit the US, manufacturing jobs had been increasing. As of July, they have already started rebounding from their April low.