“Tragically, thousands have died at the hands of law enforcement over the years, and the death toll continues to rise,” Judge Carlton Reeves, of the US District Court for the Southern District of Mississippi, wrote in an opinion that started with examples of cases including those of Michael Brown, Eric Garner and Breonna Taylor. “Countless more have suffered from other forms of abuse and misconduct by police.”
“Qualified immunity has served as a shield for these officers, protecting them from accountability,” Reeves added.
In recent years, legal scholars, judges and justices on all sides of the ideological spectrum have criticized the legal doctrine known as qualified immunity, arguing that it is not grounded in the proper legal authorities and it too often shields officials from accountability. 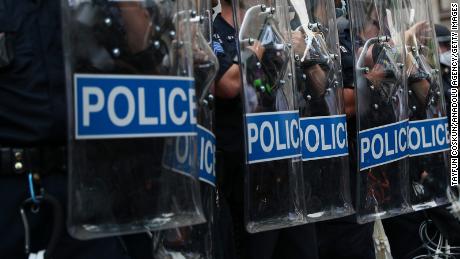 Police unions have helped shield officers from accountability. Now they’re facing unprecedented backlash
Under the doctrine, an officer will not be liable even if he violated the Constitution unless it was “clearly established” by prior cases that his conduct was unconstitutional.
Read More
That requires a high bar and makes it difficult to win unless the situation is similar to a prior case with nearly identical facts. In some cases with unique fact patterns, of which there are many, officers have been granted immunity even if they have been found to have acted in violation of the Constitution.
Reeves’ opinion comes as protesters across the country have been reacting to the death of a Black man, George Floyd, at the hands of a White police officer in Minneapolis. His death has sparked nationwide protests pushing for more police accountability and reform. In the weeks following Floyd’s death, amid calls to abolish qualified immunity, the Supreme Court declined to take up the issue during the term and punted the issue to Congress, where it was called a “poison pill” by Republican leadership in the Senate.
The case that Reeves heard involved Clarence Jamison, a Black man pulled over for a traffic stop. Reeves said that Jamison was pulled over and subjected “to one hundred and ten minutes of an armed police officer badgering him, pressuring him, lying to him, and then searching his car top-to-bottom for drugs.” Jamison later brought a suit.
The judge said “nothing was found” because “Jamison isn’t a drug courier. He’s a welder.”
The officer involved in the case was granted qualified immunity under the doctrine crafted by the highest court, but Reeves was not shy about calling on the justices to reconsider. 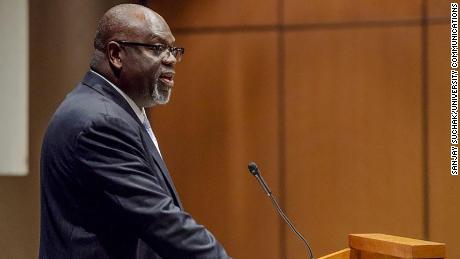 Meet the judge who took on Donald Trump
“Overturning qualified immunity will undoubtedly impact our society. Yet, the status quo is extraordinary and unsustainable,” Reeves wrote. “Let us waste no time in righting this wrong.”
Reeves has been vocal on political issues before, publicly lambasting President Donald Trump for his attacks on judges, questioning Trump’s commitment to diversity on the federal bench and calling upon judges to do more to defend the judiciary. For some, the speech represented a rare — and unwelcome — entry into the political arena from the federal bench, where judges publicly attempt to stay away from partisanship, regardless of their policy views.

‘Jamison left the stop with his life. Too many others have not.’

In each line of the opening to Reeves’ opinion, the judge outlines fatal and nonfatal encounters often between Black Americans and police officers, naming victims in the footnotes. Read the beginning of his opinion here:
Clarence Jamison wasn’t jaywalking.
He wasn’t outside playing with a toy gun.
He didn’t look like a “suspicious person.”
He wasn’t suspected of “selling loose, untaxed cigarettes.”
He wasn’t suspected of passing a counterfeit $20 bill.
He didn’t look like anyone suspected of a crime.
He wasn’t mentally ill and in need of help.
He wasn’t assisting an autistic patient who had wandered away from a group home.
He wasn’t walking home from an after-school job.
He wasn’t walking back from a restaurant.
He wasn’t hanging out on a college campus.
He wasn’t standing outside of his apartment.
He wasn’t inside his apartment eating ice cream.
He wasn’t sleeping in his bed.
He wasn’t sleeping in his car.
He didn’t make an “improper lane change.”
He didn’t have a broken tail light.
He wasn’t driving over the speed limit.
He wasn’t driving under the speed limit.
No, Clarence Jamison was a Black man driving a Mercedes convertible.
As he made his way home to South Carolina from a vacation in Arizona, Jamison was pulled over and subjected to one hundred and ten minutes of an armed police officer badgering him, pressuring him, lying to him, and then searching his car top-to-bottom for drugs.
Nothing was found. Jamison isn’t a drug courier. He’s a welder.
Unsatisfied, the officer then brought out a canine to sniff the car. The dog found nothing. So nearly two hours after it started, the officer left Jamison by the side of the road to put his car back together.
Thankfully, Jamison left the stop with his life. Too many others have not.
The Constitution says everyone is entitled to equal protection of the law — even at the hands of law enforcement. Over the decades, however, judges have invented a legal doctrine to protect law enforcement officers from having to face any consequences for wrongdoing. The doctrine is called “qualified immunity.” In real life it operates like absolute immunity.