The downtown Carlisle, Pennsylvania, store is now selling its gummy worms, Bazooka gum and Harry Potter chocolate frogs online — but sales are down 75% compared to last year.
Lawmakers are negotiating an extension to the program as part of a larger stimulus bill, but the deadline to apply for one of the small business loans is Saturday and Congress is highly unlikely to pass new legislation before then.
“We are down to our last remaining funds, and we have found most aid programs frustratingly slow, needlessly complicated and inadequate to actually do much good,” said Stephanie Patterson Gilbert, who runs the candy shop with her family.
The money came out relatively fast, but not without hurdles. Lawmakers eventually altered the rules of the program, changing how the money could be spent in order to qualify for loan forgiveness — but creating uncertainty for business owners.
Read More 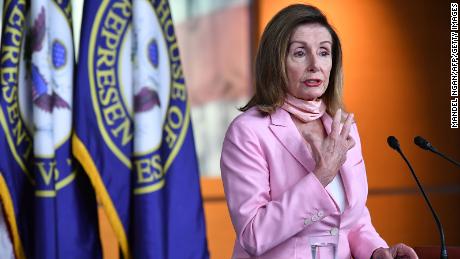 Stimulus negotiations: Pelosi rejects possibility of short-term extension of federal jobless benefits
Now, Gilbert is waiting to see if she gets approved for a grant from the state and county. She had planned to reopen the storefront when Pennsylvania allowed retail to do so. But as coronavirus cases continued to rise, Gilbert decided it wasn’t worth the health risk to her family.
“We don’t have the ability to hang on for months as everything gets into place,” Gilbert added.

When Congress created the Paycheck Protection Program in March, they didn’t expect parts of the country would be locked down this long. The loan was only meant to cover about 2.5 months of payroll costs. For the businesses who received one quickly in April, the money would have likely run out by July.
For some places in the country, businesses that reopened have had to shut down again since the PPP money was disbursed.
That happened to Pilate-ology, a pilates studio in California. After offering social-distanced classes for about two weeks — during which clients were required to wear masks and gloves — Los Angeles County gyms were ordered to close again.
Pilate-ology used the money to pay utilities, rent and its instructors to hold online classes. But there won’t be funds left over to pay them for in-person classes when they’re allowed open again. The studio doesn’t have space to hold classes outside and there’s little revenue coming in from the virtual offerings.
“I’m not sure the structure of the loan was good for businesses like ours,” said co-owner Jessica Kuiken.
“We kind of feel like a forgotten sector of the community. There’s no solution,” she added.

Congress also requires businesses to spend 60% of the money on payroll and 40% on rent and utilities in order to be eligible for loan forgiveness. Business owners couldn’t use it on things to help adapt to operating during a pandemic like new marketing costs, cleaning supplies or inventory to replace expired products.
“In reality, if there are additional restrictions on how to spend the money, I’m probably not going to take a second loan,” said Matt Hall, president of It’s a Gas, a balloon and helium company. 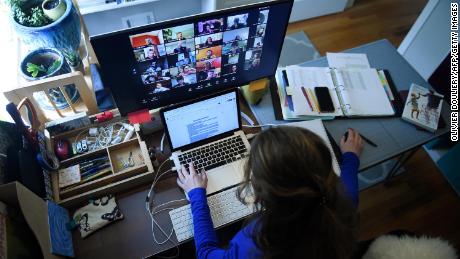 Working from home? You might owe income tax to two states
The California-based business is open, but orders are slow. Hall typically gets a lot of business from grand openings, school events and weddings — the kind of big social gatherings that aren’t happening right now due to social distancing guidelines.
Lawmakers are considering more flexible rules for the loans. A proposal put forth by Republicans last week would allow businesses to apply for a second PPP loan and to use the funds for equipment needed to comply with federal health and safety guidelines, as well as software, human resource and accounting needs.
The amount of the loan would remain based on 2.5 times the average monthly payroll.
That means that a second PPP loan would still be relatively small for Hill, who has just two full-time employees. He said he took out a 401(k) loan to pay his contractors and would prefer some funds to help make up for some of his lost revenue.
“Clearly we’re approaching a point when we’re going to have to make some tough choices,” he said.