David Williams, the former USPS Board of Governors vice chairman, told the Congressional Progressive Caucus on Thursday that Mnuchin led the administration’s effort to politicize the Postal Service, seeking sensitive information about the USPS labor agreements, pricing and volume discounts — particularly with customers like Amazon, UPS and FedEx.
“By Statute the Treasury was made responsible for providing the Postal Service with a line of credit. The Treasury was using that responsibility to make demands that I believed would turn the Postal Service into a political tool, ending its long history as an apolitical public infrastructure,” Williams said in his first public remarks about his resignation.
Williams’ comments came as Democrats accused a member of the USPS Board of Governors of going around the normal postmaster general selection process to put forward the Trump donor who ultimately was selected for the job, Louis DeJoy.
Democrats are scrutinizing DeJoy’s selection as postmaster general in May — and whether Mnuchin and other Trump administration officials were involved in his appointment — in the wake of numerous cost-cutting measures Democrats charge are causing unacceptable delays in mail delivery and putting at risk the Postal Service’s ability to handle the expected surge in mail-in ballots in the November election.
Read More
Democratic Reps. Raja Krishnamoorthi of Illinois and Katie Porter of California sent a letter to USPS Board of Governors member John Barger on Thursday asking whether the Republican board member recommended DeJoy by going around the consulting firm that was leading the search. The lawmakers said they were told by individuals familiar with the process that DeJoy was not recommended by the consulting firm, Russell Reynolds Associates. 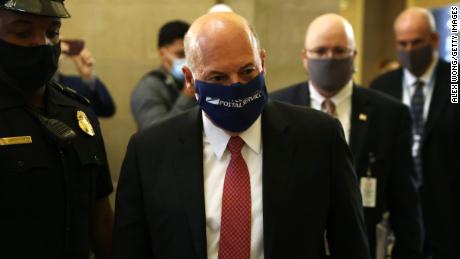 US Postal Service is using an outside PR firm to fight election fears as Trump fumes over upcoming hearings
“It would have been irregular for a member of the USPS Board of Governors, such as yourself, to recommend Mr. DeJoy without the consultation, research, or support of the contracted hiring firm Russell Reynolds Associates,” Krishnamoorthi and Porter wrote in the letter, which was obtained by CNN.
In a question-and-answer segment with the Progressive Caucus, Williams said that it appeared to him that DeJoy came from Barger, and not the consulting firm. Williams said he raised concerns about DeJoy following both of his interviews with the board, and the board’s movement toward selecting DeJoy drove his decision to resign.
“He didn’t strike me as a serious candidate,” Williams said. “When resigned I told the chairman that was one of the reasons. It was apparent he was going to be selected.”

DeJoy to testify on Friday

DeJoy, who was previously CEO of a USPS contractor and a major donor to President Donald Trump, had argued that the recent Postal Service changes were needed in order to control Postal Service costs. But this week, he suspended those plans until after the election, though he did not say whether changes already made, like the removal of high-volume letter sorters, would be reversed. At least 20 Democratic state attorneys general across the country have launched a legal effort to halt the changes.
DeJoy is scheduled to testify before the Senate Homeland Security and Governmental Affairs Committee on Friday and the House Oversight Committee on Monday, where he’s likely to face a barrage of questions from lawmakers about the rationale behind the cuts.
Democrats have zeroed in on DeJoy’s appointment as they raise questions about the motivations behind the Postal Service cuts — which have occurred at the same time that Trump has railed against mail-in voting and suggested the Postal Service cannot handle the expected increase in mailed ballots. The House is coming back into session on Saturday to vote on a bill to provide a boost of $25 billion to the Postal Service.
Republicans have charged that Democrats have “fabricated a baseless conspiracy theory about the Postal Service” and that the funding is unnecessary. “The Postal Service does not need a bailout. They have enough cash on hand to get them through the next year and have access to a $10 billion line of credit if needed,” Rep. James Comer of Kentucky, the top Republican on the House Oversight Committee, said in a statement Wednesday. 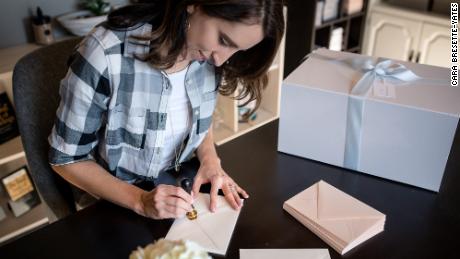 Problems at the post office could devastate these small businesses
Krishnamoorthi said in statement that DeJoy’s appointment was “highly irregular” and may have been influenced by political motivations. “We need to get to the bottom of why Mr. DeJoy was considered, given that he apparently was not one of the candidates recommended by the firm contracted to make such recommendations, and did not undergo a background check as was urged by … Williams,” he said.

Senate Democrats are also raising questions about DeJoy’s appointment and the delays in mail delivery.
Two Senate Democrats, Elizabeth Warren of Massachusetts and Bob Casey of Pennsylvania, said Thursday they were opening an investigation into delays in mail-order prescription deliveries due to changes at the Postal Service.
And Senate Minority Leader Chuck Schumer sent a letter Wednesday to the USPS Board of Governors accusing them of refusing to waive a non-disclosure agreement for Russell Reynolds, the consulting firm, to speak about the selection process or discuss any involvement Trump and Treasury Secretary Steven Mnuchin had in his selection.
“This administration has repeatedly pointed to the role of Russell Reynolds to defend the selection of a Republican mega-donor with no prior postal experience as Postmaster General while at the same time blocking the ability of Congress to obtain briefings from the firm and concealing the role of Secretary Mnuchin and the White House in its search process,” Schumer wrote.
Mnuchin responded to Schumer in a letter Thursday, writing that he did not have “any role in recruiting or suggesting Mr. DeJoy for the position of Postmaster General.”
“In fact, I was surprised to learn that Mr. DeJoy was a candidate for the position when the governors updated me on the status of the selection process and informed me of their finalists,” Mnuchin wrote.
Mnuchin did acknowledge, however, that he requested the Board of Governors, which selects the postmaster general, keep him apprised of the search process “as appropriate, because strong management is essential to the financial health of USPS.”
Documents obtained by a government watchdog group this week showed how Mnuchin was involved with the Board of Governors through the selection process resulting in DeJoy’s appointment.
Mnuchin asked the board of governors in December 2019 to keep him “apprised” in their search for a new leader, and he met with the board in February for an update on the search, according to the documents released Wednesday by the watchdog group Citizens for Responsibility and Ethics in Washington.
The documents confirmed CNN’s reporting from earlier this month that Mnuchin received briefings from the USPS Board of Governors to discuss DeJoy’s eventual appointment. This was an irregular arrangement between the Treasury Secretary and USPS, which hasn’t happened with past appointments, though the two government entities often work together.
“ln response to your request regarding the search for the next Postmaster General, Postal Service Governors met with you on February 6 to provide an update on our search. The search process continues for a candidate of the highest caliber,” the chairman of the Postal Service Board of Governors, Robert Duncan, wrote in a March 31 letter to Mnuchin. Duncan, who is testifying alongside DeJoy on Monday, was chairman of the Republican National Committee from 2007 to 2009.
“We plan to bring the search to a conclusion in the near future,” Duncan wrote.
The Trump administration and USPS have touted DeJoy’s private sector experience, where he has spent decades working at and running massive logistics companies that do business with USPS.
A spokesman for the Postal Service did not respond to a request for comment.
This story has been updated with additional developments Thursday.