And most people just sort of shrugged.
Maybe that reaction was because the country is still in the midst of a fight against the coronavirus. Or that the focus of the political world is on the virtual Democratic National Convention. Or that people are just plain sick of all the back-and-forth on the Russia story.
Whatever the reason, the public’s reaction (or lack thereof) was entirely out of step with the details that were contained in the fifth (and final) release of the Intelligence Committee’s report. What was in those documents was deeply damning for President Donald Trump — and his attempts to dismiss the entire investigation into Russia’s meddling in the 2016 campaign as a hoax. 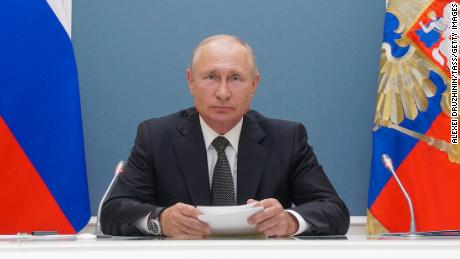 Senate intelligence report warns of repeat of Russian interference in US election
Consider what we learned on Tuesday (with help from CNN’s Russia expert Marshall Cohen):
Read More
* Trump’s campaign chairman Paul Manafort’s “high-level access and willingness to share information with individuals closely affiliated with the Russian intelligence services” was regarded as a “grave counterintelligence threat,” and his “presence on the Campaign and proximity to Trump created opportunities for Russian intelligence services to exert influence over, and acquire confidential information on, the Trump Campaign.”
* Manafort was working directly with Konstantin Kilimnik, a Russian intelligence officer, and tried to share internal campaign information with him. The committee says it obtained “some information suggesting Kilimnik may have been connected” to Russia’s 2016 hacking operation of Hillary Clinton’s emails and the Democratic National Committee.
* Roger Stone was tasked by the campaign with finding all he could about what information WikiLeaks had about Clinton and Democrats more broadly, and “Trump and the Campaign believed that Stone had inside information and expressed satisfaction that Stone’s information suggested more releases would be forthcoming.”
* Two other Russians who took part in the June 2016 meeting at Trump Tower with the top brass of the President’s campaign had “significant connections to Russian government, including the Russian intelligence services.” 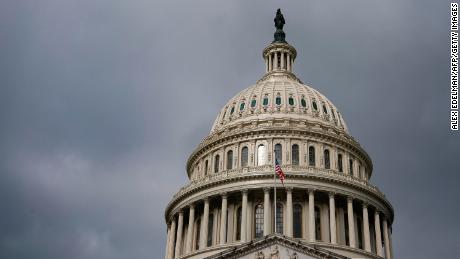 READ: Senate Intelligence panel’s fifth volume of Russia investigation report
* Russian government actors continued until at least January 2020 to spread disinformation about Russia’s role in the 2016 election — and Manafort (and Kilimnik) actively participated in this influence campaign by blaming the meddling on Ukraine.
* Russia took advantage of the Trump transition team’s inexperience and opposition to Obama administration policies “to pursue unofficial channels.” And it’s likely that Russian intelligence services exploited the Trump’s transition team’s lack of experience for Russia’s advantage.
These were just some of the findings of a bipartisan investigation in the Senate Intelligence Committee. And while acting committee chairman Marco Rubio (R-Florida) sought to emphasize on Tuesday that “the Committee found no evidence that then-candidate Donald Trump or his campaign colluded with the Russian government,” The Washington Post’s Aaron Blake notes that the report itself doesn’t ever actually say that.

Arguing over whether the report proves collusion (or doesn’t) may actually be something of a red herring, however.
Especially when you consider that what the report makes very clear is that Trump’s campaign chairman was a) working with a Russian intelligence officer b) seeking to share proprietary campaign data with him and c) attempted to sway public opinion about which country actually had meddled in the US election. And that Stone, whose prison sentence was commuted by Trump last month, was designated by the campaign to find out what he could about the information that had been hacked by the Russians and when WikiLeaks planned to release it. And that the two Russians from infamous Trump Tower meeting had more ties Russian intelligence than we previously knew. And that Russia continued through this year to muddy the waters about its interference in the 2016 election.
That is most certainly not a “hoax,” to borrow the preferred nomenclature of the President. And regardless of whether his campaign actually formally colluded with the Russians, the behavior documented in the Senate Intelligence Committee’s report should be deeply, deeply troubling to any Americans — particularly as we near another national election with a president who continues to downplay the threat of foreign election interference.
That is not the sort of thing that should be overlooked or underplayed, even in a moment when we continue to struggle to get our arms around a pandemic and the Democratic Party formally nominates its national ticket. The integrity of the coming election is at stake and every sign points to the likelihood that Russia is, again, seeking to put its thumb on the scale.