These accounts are contained in my upcoming book, “The Madman Theory: Trump Takes on the World,” which will be published August 11 by Harper Collins.
Trump’s relationship with Kim Jong Un has blown hot and cold throughout his presidency but in 2017 as the President dubbed Kim “little rocket man” and the North Korean dictator responded by calling Trump a “dotard,” there was a very real fear amongst senior members of the administration that the war of words might culminate in the President launching military action against Pyongyang.
“We used to only think of Kim Jong Un as unpredictable. Now we had Trump as unpredictable,” Joseph Yun, who served as President Trump’s special representative for North Korea policy until 2018, told me. “And I would communicate that.” 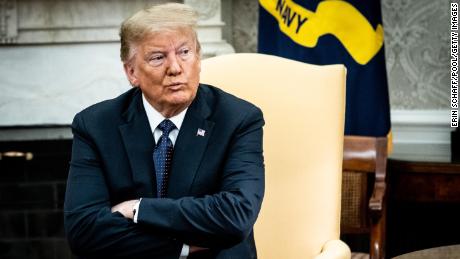 Trump’s resistance led intel agencies to brief him less and less on Russia
Yun recalled that during the worsening standoff with North Korea in 2017, the Pentagon hesitated to give the President a broad range of military options, concerned that he might indeed order a major military attack on the North.
Read More
“You had to be careful what options you gave him,” he said. “We were being very cautious, because any options you put out there, he could use them.”
That frustrated the White House. “The White House viewed it as ‘Goddamnit! The President is looking for all options!'” Yun recalled. But the Pentagon, under Defense Secretary James Mattis at least, didn’t budge.
Later Trump decided diplomacy was the way forward and met for two historic summits with Kim, even telling a 2018 rally in West Virginia that the “two fell in love.”
A senior White House official told CNN that on North Korea “it was the President who at every turn has encouraged diplomacy over escalation. He took the historic step of meeting with KJU in person to encourage de-escalation.”

‘Is this a joke?’ Pentagon dumbfounded by Iran military options request

Again in 2019, as the President and his team were considering military options against Iran in response to escalating attacks in the Persian Gulf, senior Pentagon officials made clear both to US partners in the region and to Tehran that they could not predict how and where Trump would respond, or if he would respond at all.
“We told allies that we did not know what the President would be willing to do against Iran,” Mick Mulroy, the deputy assistant secretary of defense for the Middle East until 2019, recalled. “It was possible he could make a decision that would lead to an escalation of the conflict, and that escalation could lead to war, so they needed to relay that to Iran so they realized not even his staff knew what would happen if they attacked another oil facility, for instance.” 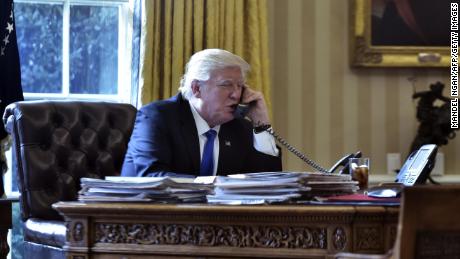 From pandering to Putin to abusing allies and ignoring his own advisers, Trump’s phone calls alarm US officials
These warnings were part of a longer-term effort to contain some of the President’s worst impulses when confronted with military action abroad. Earlier, in September 2018, when a handful of mortar shells struck near the US Embassy in Baghdad’s fortified Green Zone causing no casualties or serious damage, Pentagon officials were surprised when they received a call from a senior official on the National Security Council demanding military options for the President to retaliate against Iran. That NSC official said the President wanted to know immediately how and when the United States could respond.
“The NSC called us in on a Sunday,” a former senior US official told me. “[The NSC official] was basically telling us we had to have military options against Iran, today, on that day.”
Pentagon officials were dumbfounded. On a conference call with the White House, which included the vice chairman of the Joint Chiefs of Staff, General Paul Selva, and Undersecretary of Defense for Policy John Rood, Selva muted the line on the Pentagon’s end and turned to his colleagues in disbelief.
“He said, ‘Is this a joke? They really want us to propose direct military action into Iran, against Iran, based on this?'” the same former senior US official told me.” And I said, ‘No, we’ve been dealing with this all morning. Have they spent any time in Iraq?’ This is a constant thing.”
When they got off the call, General Selva and Secretary Rood made it clear to their colleagues they would not be providing the White House with any military options unless directed explicitly by the President himself.
“There’s no way we’re going to provide the NSC military options for this,” the former senior US official recalled their saying. “It just doesn’t make sense.” 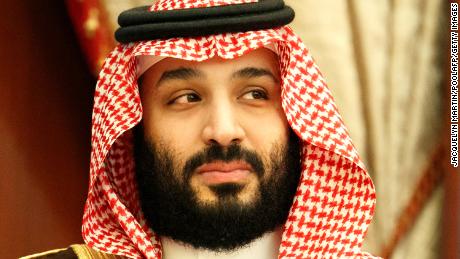 Saudi Crown Prince accused of assassination plot against senior exiled official
That “urgent” request from the White House did not last. “It just died after that,” the official remembered.
A handful of mortars. One forceful demand for military options. Then silence. It was just the first of many times the NSC would reach out to the Pentagon for military options against Iran, without warning and without the normal interagency process to determine if a military response was warranted or wise.
The aftermath of those wayward mortars in September 2018 began a months-long policy-making seesaw with Trump and Iran, alternating between urgency and inaction, threat and retreat. On which side would Trump emerge? And did he have a strategy?
In June 2019, President Trump would balk at retaliation for Iran’s shootdown of a US drone over international airspace, calling off military action with US warplanes already in the air. That September, he also decided against retaliation after an Iranian attack on oil facilities in Saudi Arabia which temporarily shut down half of Saudi oil production.
“‘Well, [the President] didn’t want to do it, so we’re done,'” Mulroy recalled. “The first time that happened, I think there was kind of a sigh of relief. The second time, I think there was shock. So it’s like ‘What do you mean, we’re not doing anything? I mean, we’ve got to do something.'”
Chuck Hagel, a former Republican senator who served as Defense Secretary under President Barack Obama said the situation was unprecedented.
“In all my years dealing with national security and intelligence and foreign policy I’ve never heard any senior military leaders express concern about a president’s decision-making,” Hagel said.
“When I was Secretary of Defense my Pentagon colleagues and I always knew that President Obama had studied the issues, was well informed and wanted our opinions and recommendations. He listened to those charged with national security experience,” he added. 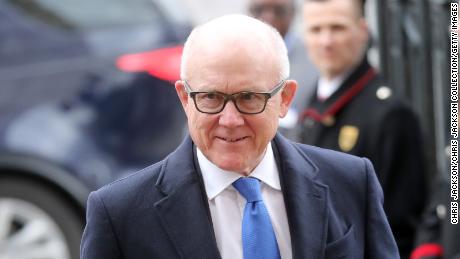 NFL owner and Trump ambassador to UK sparks watchdog inquiry over allegations of racist and sexist remarks and push to promote Trump business
“The President’s foreign policy — particularly in the Middle East, has been defined by taking strong action when necessary (see strikes in Syria in 2018), deescalating to avoid protracted conflicts (draw down in Afghanistan, taking a lesser response to Iran.) However, make no mistake — the President will take decisive action when it warrants to protect US interests,” the senior White House official said.
Trump did eventually take military action against Iran, ordering the killing of the country’s most senior General Qasem Solemaini in a drone strike on Baghdad airport in January of this year. Iran retaliated by striking a US base in Iraq, injuring dozens of US service members, but at least up until now tensions have alleviated. Had the US launched an attack on Iranian soil, many feared an all-out war was possible.

Trump’s unpredictability is something that permeated official US interactions with the leaders of countries across the globe–from Iran to Syria to North Korea to Canada and Mexico to NATO allies.
“The general concept was discussed, not as a strategy we deliberately adopted, but rather as something we pointed out as a matter of fact,” said Mulroy. “The thing is, it wasn’t a ploy,” he explained. “I think both allies and enemies realize that his decision process was unpredictable even to those advising him up to and including the secretary of defense and national security adviser.”
Trump’s capriciousness left the advisers responsible for virtually every corner of the globe guessing.
“I had many meetings where my counterparts would ask, ‘Can we really believe what you’re saying? On whose behalf are you speaking?'” said Fiona Hill, President Trump’s former senior director for European and Russian affairs on the National Security Council and key witness during the impeachment investigation of the President in November 2019. “This makes the US a capricious partner for anyone who is interacting with us as a collective.”
Trump’s unpredictability was not a national secret. US adversaries were keenly aware that his own advisers and the institutions and agencies they lead were often in the dark about the President’s intentions and therefore sought to take advantage, said Susan Gordon, who served as the United States’ second-highest-ranking intelligence official as principal deputy director of national intelligence.
“Our partners, adversaries, and competitors know we don’t know the next play,” Gordon said.
With any other president or any other administration, such deliberate unpredictability might be seen as a flaw, identifying it as a criticism. But in the view of Trump and his most devout supporters, his unpredictability is a keen negotiator’s strength to be lauded.
“For him, the unpredictability is a card that he liked having,” said Yun.