The bad news is that he’s seizing new powers for the presidency to do it.
The first thing reporters and experts wondered when Trump announced his executive actions, was, can he do that?
It’s not clear! But he’s doing it anyway. When he announced he was signing executive actions, which he kept referring to interchangeably with law, no reporters had read them.
One executive action he signed, which Democrats are sure to fight in court, would extend expanded unemployment benefits at as much as $400 per week — 25% of which states are being asked to cover — instead of the $600 per week Democrats wanted and the $200 per week Senate Republicans suggested. As CNN’s Kristen Holmes reported Saturday night, that memorandum comes with plenty of strings and is leaving experts doubtful it’ll help a lot of the unemployed.
Read More
But Trump brushed off the technicality that it hasn’t actually been passed into law by arguing that “everybody wants it” at a Saturday news conference/campaign rally where he announced the moves. 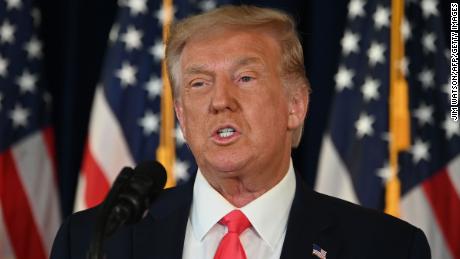 Fact check: Trump makes multiple false claims about Covid-19 relief as he signs executive actions
“I”m not saying they’re not going to come back and negotiate,” he said Saturday, suggesting it was some kind of negotiating tactic and daring Democrats to challenge him in court.
The bonus in his mind is he can grouse about their efforts in the stimulus bill to beef up vote-by-mail programs during the pandemic and to give money to the Postal Service. 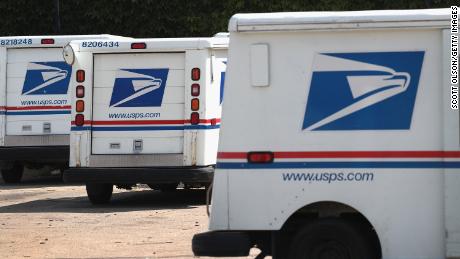 As Democrats allege USPS ‘sabotage,’ a conspiracy theory in the making
Earlier at the Saturday news conference Trump repeatedly accused Democrats of using the stimulus bill to try to steal the election from him, which is ridiculous. As Covid-19 continues to spread across the country and has infected nearly 5 million Americans, the place he could have but wouldn’t use executive authority — mandating face masks in public — should maybe have the most bearing on the election.
Regardless of whether this gambit to sign executive actions will ultimately pan out, it’s absolutely not the way lawmaking in the US is supposed to work.
Any schoolkid will tell you, assuming they go back to school, that Congress passes laws and the White House enacts them. But that system is broken in Trump’s Washington. The President and House Speaker Nancy Pelosi haven’t spoken since last October.
On Sunday, Pelosi called Trump’s executive actions “absurdly unconstitutional.” In an interview with Dana Bash on CNN’s “State of the Union,” Pelosi said when asked if she would sue to block them, “Well, the fact is, is that whether they’re legal or not takes time to figure out. I associate my remarks with what the Senator (Ben) Sasse who says, they’re ‘unconstitutional slop.’ Right now we want to address the needs of the American people.”
Pelosi continued, “As my constitutional advisers tell me, they’re absurdly unconstitutional.”
The hallmark of Trump’s time in office is finding new ways around Congress, particularly since Democrats impeached him.
The House of Representatives passed legislation that would do some version of the expanded unemployment and eviction moratorium. They rejected the idea of a payroll tax holiday, which won’t help the unemployed and could speed the insolvency of Social Security. 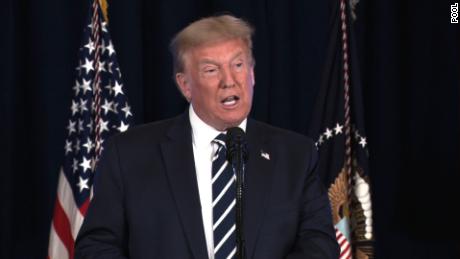 Trump signs executive actions after stimulus talks break down on Capitol Hill
That didn’t stop Trump from signing a payroll tax holiday this weekend. He promised to make the move permanent if he’s reelected.
At least one Republican objected to Trump’s executive action. “The pen-and-phone theory of executive lawmaking is unconstitutional slop,” GOP Sen. Ben Sasse of Nebraska said in a statement Saturday night.
Signing executive actions, legal or not, will mean he’s able to flip the script on Democrats who have been complaining he won’t spend enough money on a new stimulus plan.
But rather than find compromise, Trump is seizing power to enact the tax measure even though the Constitution specifically gives the House the power of the purse.
He’s been doing versions of this his entire presidency.
Republicans and Democrats won’t fund his border wall? He takes money from the Pentagon to do it.
Barack Obama used his own riff on executive action to give the children of undocumented immigrants temporary protected status. But Trump one-upped Obama by undoing that status to gain leverage over Congress. The leverage part didn’t really work, and the Supreme Court said Trump violated his authority by trying to end it.
However, it is that same Supreme Court decision, which respected Obama’s authority to enact the Deferred Action for Childhood Arrivals program that now has conservative lawyers arguing Trump has more power than you can possibly comprehend.
What’s gotten into his head? Here’s one idea and the pieces fit perfectly. 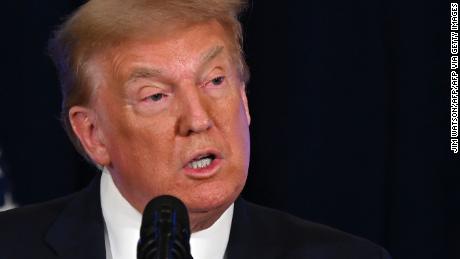 With executive actions, Trump proposes a far-from-perfect solution that faces legal challenges
Trump can do things that are illegal or unconstitutional, according to the UC Berkeley professor John Yoo, who is known for his creative interpretations of the law.
“According to Chief Justice Roberts, the Constitution makes it easy for presidents to violate the law, but reversing such violations difficult — especially for their successors,” Yoo wrote in National Review.
Yoo, most famous for writing the so-called torture memos, met recently with Trump in the Oval Office to discuss the theory, according to the Washington Post.
And he aped the argument during a recent Fox News interview with Chris Wallace, where he said he’d be doing some very exciting things in the near future because the Supreme Court gave him new powers.
At the time, Trump was talking about another executive action, one that will force insurance companies to cover people with pre-existing conditions. The Affordable Care Act already does that, but Trump wants credit for it and he also wants to undo the Affordable Care Act.
Here’s what he said to Wallace in the interview. Read this carefully:
TRUMP: Pre-existing conditions will always be taken care of by me and Republicans, 100%.
WALLACE: But you’ve been in office three and a half years, you don’t have a plan.
TRUMP: Well, we haven’t had. Excuse me. You heard me yesterday. We’re signing a health care plan within two weeks, a full and complete health care plan that the Supreme Court decision on DACA gave me the right to do.
So we’re going to solve — we’re going to sign an immigration plan, a health care plan and various other plans. And nobody will have done what I’m doing in the next four weeks.
The Supreme Court gave the President of the United States powers that nobody thought the President had, by approving, by doing what they did — their decision on DACA. And DACA’s going to be taken care of also.
But we’re getting rid of it because we’re going to replace it with something much better. What we got rid of already, which was most of Obamacare, the individual mandate. And that I’ve already won on. And we won also on the Supreme Court.
But the decision by the Supreme Court on DACA allows me to do things on immigration, on health care, on other things that we’ve never done before. And you’re going to find it to be a very exciting two weeks.
This is a remarkable development if he’s utilizing this theory to do what he wants. Justice Roberts probably thought he was smacking Trump down by ruling in a different case that Trump does not have absolute immunity and therefore is not above the law. But it’s clear Trump has taken the opposite lesson away from the Supreme Court.