The action highlights the apparent inability of Twitter’s systems to tell the difference between misinformation and someone calling out misinformation.
The DNC tweeted a clip of Trump’s Wednesday appearance on “Fox & Friends” along with the caption, “WATCH: Trump says schools should full reopen, even though he doesn’t have a plan to ensure it is done safely, because the coronavirus ‘will go away like thing go away’ and children are ‘almost immune.'”
The DNC had intended the tweet to highlight Trump’s false claims, but Twitter’s systems flagged it as misinformation having removed a clip from the same interview from Trump’s campaign account on Wednesday night. 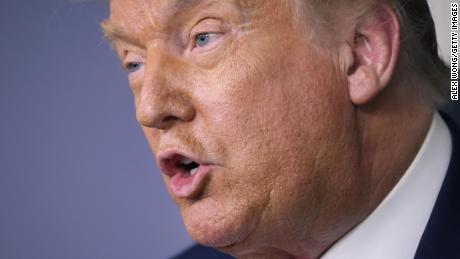 Fact check: At briefing, Trump continues to mislead on coronavirus, mail-in voting and Beirut
“Accounts that shared the identical video may also be required to delete their Tweets as it’s the video itself that violates our COVID misinformation policy,” a Twitter spokesperson told CNN Thursday.
Read More
The DNC was forced to delete the tweet before it could post again, the committee said.
Daniel Wessel, DNC deputy war room director, said in a statement to CNN Thursday, “While Donald Trump continues to spread misinformation through his social media channels, the DNC War Room and others were suspended on Twitter for holding him accountable for his dangerous lies. If Twitter is serious about addressing the problem of misinformation on their platform, then they should focus on the source of that problem.”
Other prominent Twitter users similarly complained Thursday about having their accounts restricted for tweeting fact-checks of the President.